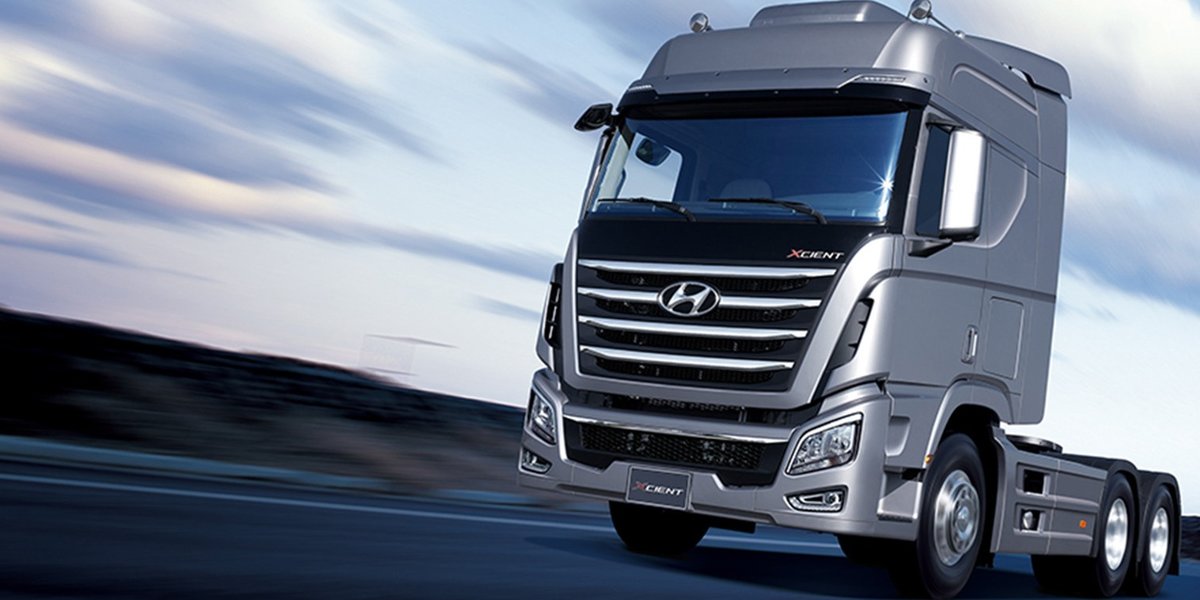 Some people like to stick with what they know when  it comes to buying a truck, but there are  others who are  looking for something different, something which will do the job it needs to do, as well as expand

Diesel met Steve Young and his Hyundai Xcient prime mover in Toowoomba just after he had delivered a load of timber to the local Bunnings. Steve’s business is all about hauling fencing materials for a large timber wholesaler Future Wholesale Timber based in Meadowbrook in Brisbane’s South. The major customer requiring timber for delivery are the Bunnings Warehouses dotted around SE Queensland.

It is mainly materials for fencing, plus sleepers and the like, for gardeners. Steve has been working this contract for over two years. He has been an owner-driver for fifteen years. With over  30 years of experience in trucking, he can be said to have pretty much seen it all before.

Starting at the age of 18 as a driver, Steve’s career in the industry has seen him drop in and out of trucking, seeing the grass as being greener elsewhere and then returning to the business and culture he knows. Over the years, there has been some interstate driving experiences and some time spent with road trains. However, there was a lot of running in and around South East Queensland. He has always lived and worked in the Brisbane region and is now settled in Ipswich, not too far from his main collection point in Meadowbrook. “I just got tired of getting put off all of the time  as an employed driver,” says Steve.“At the end of the day, I just turned around and told my wife I was going to go and buy a truck. She ummed and  ahhed about it, but in the end, we got one.”

The first truck was a second hand Iveco which served them well, but in the end, it was getting a bit long in the tooth. When the decision to replace it was made, Steve had a look around at the market.

“Because Bunning's facilities are so tight, I have to have something with a good turning circle,” says  Steve.“Someone told me about the Hyundai Xcient coming into the country and  I did about three months

“Everything I saw on the research side of it, I could see it would be pretty good. When we went and had a look at it. it was a lot better than  I thought it would be. It was a lot roomier than  I had imagined. We were surprised at how good it was. I reckon it is finished just as well as any truck you can  buy.”

In the timber hauling task, it is now working in, the truck is carrying a 24-tonne payload all of the time, and  Steve has been more than satisfied with the way it will pull up ranges like Cunningham’s Gap when he is heading out to the Bunnings at Warwick.

in a prime mover,” says Steve.“It is different, but I am very happy with it. I took the truck out the other day with a load on and had my mate with me. As I came up to some traffic lights and was showing him how well the retarder pulls you up, it just about put him through the windscreen. It’s unreal, and he was really surprised.” The ZF retarder’s effect can be gauged by Steve when he goes into the vehicle info on the dash. He goes into the LCD screen menus and gets a reading on how well the brake wear is going. The system tells us the brakes have only worn down to 85 percent, after the many kilometers Steve has done in the last twelve months. Steve reckons this is an excellent performance. In the same system, Steve can access the axle weights of the load to help him gauge if the load is correctly placed on the trailer.

“That’s a real  advantage to me as sometimes they will load you towards the front a bit,” says Steve.“You can get them to come back a little bit and make the load right. It’s pretty accurate.”

The area Steve covers with the truck ranges from Bundaberg, and occasionally up to Rockhampton, in the North, going South and covering the Northern Rivers area of New South Wales and Chinchilla is the furthest West the deliveries are needed. However, most of the deliveries are in the most densely populated area around Brisbane and the two Coasts, Gold and Sunshine. “We can do anything up to five loads in a day,” says Steve.“Sometimes it’s just go, go, go. We still get good fuel economy running around suburban Brisbane, most of the time. “When we run up to Bundaberg, I have been surprised by the way it handles the hill at Cooroy. It’s a hill that will often catch you out but in this truck, I only have to drop two gears when  I am fully loaded. It will just keep pulling in tenth gear and doesn’t lose speed.

“I reckon you  could do  a Sydneyrun with  this  truck and have no dramas whatsoever if there is one thing, it’s probably that  the  fuel  tanks could be a little  bit  bigger.” In terms of fuel economy, Steve is quite pleased to be averaging between 2.4 and 2.7 km/l. An empty trailer gets the fuel use all the way up to 3.7 km/l.

According to Steve, the onset of Covid-19 saw the amount of work he was doing going crazy.  The workload has meant that the timber wholesaler ended up running out of stock because demand in Bunnings went ballistic.  Since then the overwhelming demand has returned to normal levels and the supply chain has been able to catch back up with more regular demand. Running on standard hours at the moment Steve is looking at going to the Basic Fatigue Management level.  The idea is to give him a bit more flexibility to ensure he can complete tasks well within the rules.

All of the servicing work Steve requires is handled by a local mechanic who he has learned to know and trust over the years.  The only other hands which will touch the truck are those at Transport Field Service in Warwick, where Steve originally bought the Hyundai last year. Steve runs the operation in typical owner-driver fashion with his wife handling the books and engaging a good accountant.  Over the years Steve has found reliable services like his mechanic, someone to help out with truck finance and insurance, and so on. “I like to keep the truck and trailer well serviced,” says Steve.  “My mechanic, John, reckons I go a bit silly with it, but to me if something goes wrong, fix it there and then, no problem.”

Overall Steve has now had a year with the Xcient, one of only a few which have made it to Australia so far.  As a new truck to the market, it will always have its detractors, but Steve has found that it delivers exactly what he needs overall. There are a couple of things he would like to change, the rear mudguards are very European and it would probably be better if the tighter Australian style mudguards were fitted.  Also, the bunk mattress could be thicker than the standard one supplied and Steve has already replaced it.

If this is the only criticism Steve can come up with for a largely unknown quantity like the Xcient, then Hyundai have done well.  For Steve the truck doesn’t cause any dramas, it is a comfortable truck with enough power to do the job and it saves the owner money while it’s doing it.

For Steve the truck doesn’t cause any dramas, it is a comfortable truck with enough power to do the job and it saves the owner money while it’s doing it.

New Features Testimonials
Back To Top